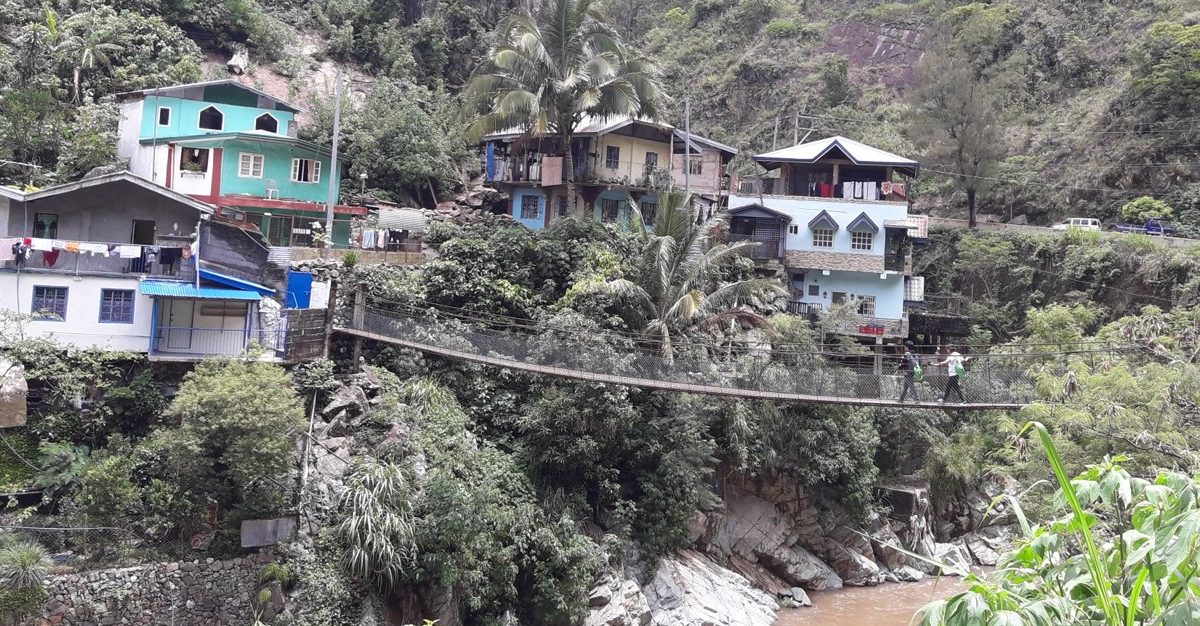 At a recent Global Kids Online meeting in London Maria Margarita Ardivilla from UNICEF Philippines presented updates from the ongoing fieldwork and the key challenges the team is facing. She highlighted the efforts made to ensure the training, safety and ongoing support of the field researchers, the challenges of gaining access to hard to reach populations, and ensuring the wellbeing of child respondents.

UNICEF Philippines is currently undertaking a national Global Kids Online study in collaboration with researchers at De La Salle University. This is a follow up from their pilot study in 2016 conducted in collaboration with the University of the Philippines, Manila. The Global Kids Online survey in Philippines is made possible through the technical support of UNICEF Office of Research – Innocenti, London School of Economics and Political Science, and the shared programmatic commitment on child online protection of UNICEF with Australia’s Department of Foreign Affairs and Trade. UNICEF Philippines took a phased approach to the research: the preparatory phase (then undertaken with the University of the Philippines) included working on the research protocol and obtaining ethical approval; the second phase entailed conducting the pilot study in 2016; and the final third phase now includes conducting a nationally representative study with children aged 9-17 and their parents. 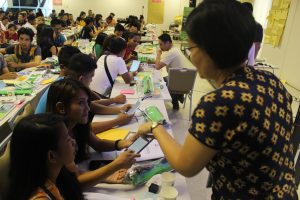 In total, there are 144 field researchers who are carrying out the data collection. In order to get young children engaged, an emphasis was placed on hiring young researchers with whom children would find it easier to establish rapport. Considering the sensitivity of some of the questions, particularly related to child sexual exploitation, all researchers received an extensive 4-day training prior to commencing the fieldwork. Training sessions were organised by the De La Salle University’s Social Research Development Centre where the research team, including UNICEF, Council for the Welfare of Children and Stairway Foundation, discussed and practised utilisation of standardised, accurate, sensitive and safe techniques for implementing the survey. The training programme included: 1) children’s rights and child safeguarding principles and protection protocols; 2) development and personality of children; 3) a participatory approach to reviewing the Global Kids Online toolkit, the tablet use and questionnaire application, including interview techniques; 4) discussion of key issues related to children’s internet use; 5) ethical considerations when conducting research with children; 6) role-plays; and 7) a mock survey. UNICEF Philippines also required a Research Advisory Board to be created by the academic institution where members are from critical national agencies such as the Departments of Social Welfare and Development, Justice and Information and Communications Technology from the government, NGOs, and sectoral representatives from the youth and LGBT organisations.

The study aims to cover as many regions as possible, but some ongoing conflicts pose challenges for the team. The declaration of Martial Law in Mindanao initially raised concerns on whether social preparation and the actual survey would be affected, and whether the personal safety of the data collectors could be ensured. Having addressed the challenges, the fieldwork in Mindanao was able to commence but red flags remain in the Autonomous Region in Muslim Mindanao (ARMM). This is a fragile region with pockets of armed conflicts and the team is currently seeking dispensation from the Ethical Review Board of De La Salle University to allow the inclusion of the ARMM as a situs for the study. During the time of writing, it was reported to UNICEF Philippines that the De La Salle De La Salle University continued the field survey in Mindanao with facilitation where some of the randomly selected area had a 100% response rate. Notably, in Metro Manila, children living in gated communities also proved hard to recruit, despite intensive social preparation.

In some cases, the fieldwork researchers have to undertake great efforts to reach secluded areas (see headline image). For ensuring their safety, as well as to have a gender balance, there is a buddy-system in place in which one male and one female interviewer work and travel together. In terms of equipment, each team member received a waterproof bag for the tablet and printed surveys as back-up.

We are trying to do fieldwork site visits and monitor the progress of the fieldwork and the work of the survey interviewers. This is important so that we can get an understanding of the perspective on the ground and help to address issues as they arise. This provided a space in which the field researchers and the members of the Research Board can process and talk about concerns from the field which proved to be an enriching experience for everyone involved. As some of the enumerators work under hard circumstances trying to reach hard to access places, seeing core members of the Research Board boosted their morale. – Maria Margarita Ardivilla 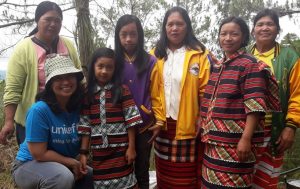 At present, 2250 child respondents are identified to be surveyed. The quantitative survey will be followed by a qualitative workshop for results validation and to afford children the platform to express in more depth their experiences and thoughts about their opportunities and risks in the digital environment.

Find out more about the pilot study