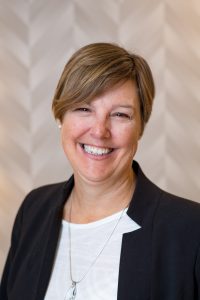 Valerie Steeves, B.A., J.D., PhD is an Associate Professor in the Department of Criminology at the University of Ottawa in Ottawa, Canada.  Her main area of research is in human rights and technology issues.  In 1994, she pioneered the Human Rights and Technology Project for the Human Rights Research and Education Centre at the University of Ottawa.  As Director of the Project, she participated in the public consultations conducted by the Government of Canada’s Information Highway Advisory Council and worked with a number of private sector and public interest groups on online issues, including privacy, offensive content/hate speech, gender equality and identity theft.

Since then, Professor Steeves has written and spoken extensively on online issues and has worked with a number of federal departments, including Industry Canada, Health Canada, Heritage Canada, the Department of Justice and the Office of the Privacy Commissioner of Canada, on online policy.  She is also a frequent intervener before parliamentary committees, and has worked with a number of policy groups, including the International Council on Human Rights Policy (Geneva, Switzerland), the House of Lords Constitution Committee on The Impact of Surveillance and Data Collection upon the Privacy of Citizens and their Relationship with the State (United Kingdom), and the Children’s Online Privacy Working Group of the Canadian Privacy and Information Commissioners and Youth Advocates.

Her current research focuses on children’s use of networked technologies, and the use of big data for predictive policing.  She is the co-principal investigator (with Jane Bailey) of The eQuality Project (funded by the Social Sciences and Humanities Research Council of Canada through a partnership grant), which is examining young people’s experiences of privacy and equality in networked spaces.  She is also the lead researcher on the Young Canadian in a Wired World project (YCWW), which has been tracking young people’s use of new media since 1999.  In this capacity, she has recently conducted qualitative interviews with children across the country and completed a quantitative survey of over 5,500 Canadian students, with the financial support of the Office of the Privacy Commissioner of Canada.

As a co-investigator on the Big Data Surveillance project, funded by the Social Sciences and Humanities Research Council of Canada, she is co-leading (with Kevin Haggerty) a working group examining the use of big data for policing and other forms of social control.  Her research tends to address emerging trends; in recognition of this, in 2004 she was named the LaBelle Lecturer in Health Sciences Research at McMaster University.  The Labelle is a juried prize awarded to a young researcher who is doing multi-disciplinary research and challenging existing methods or accepted ideas.