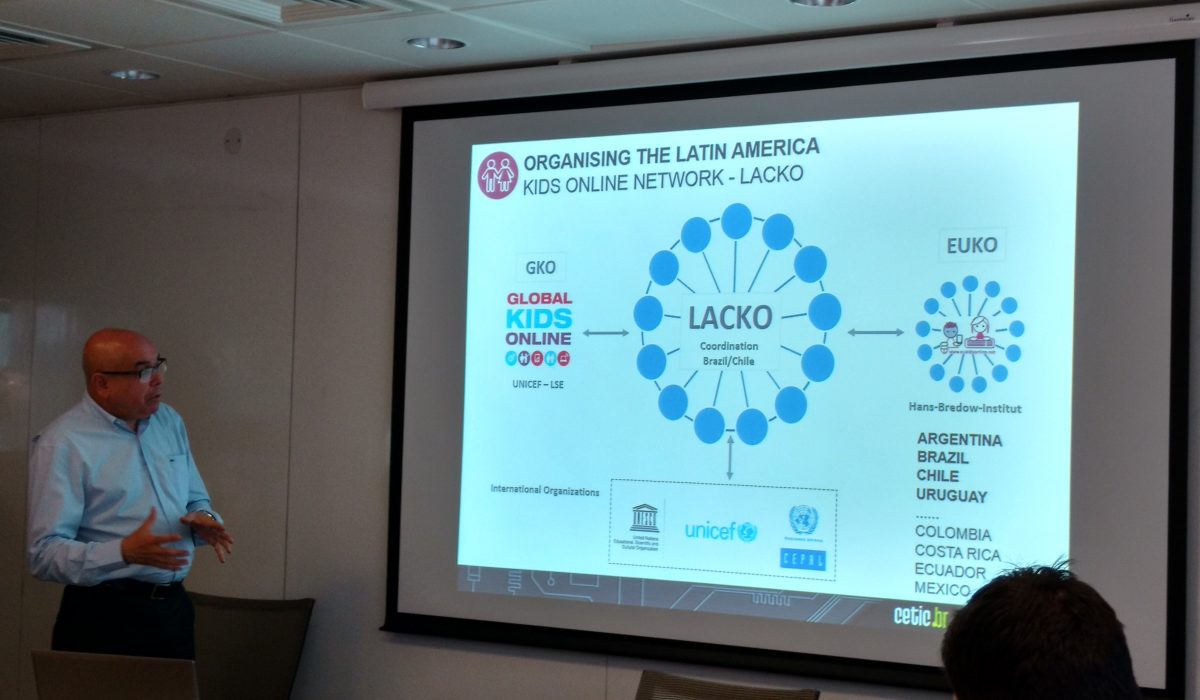 The Regional Center for Studies on the Development of the Information Society (Cetic.br) just launched the results of the latest ICT Kids Online Brazil survey, conducted annually since 2012. Based on home-based computer-assisted interviews with 2,999 children and their parent or guardian, the survey highlights key issues related to internet access, online opportunities, and safe internet use. 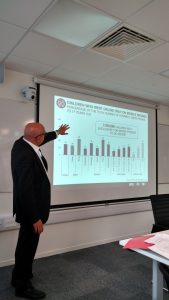 In its fifth edition, the ICT Kids Online Brazil survey estimated that approximately eight out of ten children (82%) aged 9 to 17 years are Internet users, which corresponds to 24.3 million children in the country. The results indicated the persistence of important regional and socioeconomic disparities in internet access and use. While in urban areas, 86% of children were connected, in rural areas, this proportion was only 65%. In the Southeast, 91% of children were internet users; in the North, only 69%.

The results also confirm the upward trend in the use of mobile devices by children to access the internet. In 2016, 91% (22 million) used mobile phones to go online; in 2012, this proportion was 21%. In contrast, internet access using computers decreased. For all devices except mobile phones, there was a sharp difference in internet access based on socio-economic status. The survey also estimated that 37% of children used the internet exclusively through mobile phones, which adds up to 8.9 million children. This was the main device for internet access for users in rural areas (54%), in the North (52%), and with lower socioeconomic status (61%).

Hate speech and intolerance on the internet

In 2016, 41% of internet users aged 9 to 17 (10 million children) reported having witnessed someone being discriminated on the internet – a result that has remained stable since 2015. Among the main reasons identified for discrimination were: skin colour or race (24%); physical appearance (16%); and same-sex attraction (13%). Exposure to intolerant content online was greater among girls (45%) and adolescents between 15 and 17 years old (53%). A smaller percentage (7%) mentioned having suffered some type of discrimination on the internet.

Approximately seven out of ten (69%) young internet users went online safely, according to their parents or legal guardians. Perception of online safety was greater among children whose parents had higher levels of education (75% with secondary education or higher) and those in high socio-economic status (79%). Still, according to parents and guardians, traditional media, such as television, radio, newspapers and magazines, stood out as sources of guidance about safe internet use (54%), followed by family and friends (52%), and information from their own child (51%). Schools (35%) or government and local authorities (26%) presented lower percentages.

The survey results showed that, in 2016, about half of the internet users aged 11 to 17 years (48%) searched for information about brands or products on the internet – a 19 percentage point growth in comparison with 2013. The survey also showed that, although television was still the main medium through which this population was exposed to advertising (80%), the percentage of users in this age group that were exposed to such content on video websites grew, reaching 69%. The survey also revealed that 41% of young internet users were exposed to online advertising considered inappropriate for their age, according to their parents or guardians.

In its fifth edition, the Brazilian Kids Online Brasil survey interviewed 2,999 children aged 9 to 17 years, as well as their parents and legal guardians, throughout the country. Interviews were conducted between November 2016 and June 2017 with the objective of understanding how this population uses the internet and how they deal with risks and opportunities related to its use. The methodology of the survey is aligned with the conceptual framework developed by the academic network EU Kids Online, enabling the production of comparative studies on the theme.

More about the previous surveys

Regional Center for Studies on the Development of the Information Society (Cetic.br)