Department of Media and Communications, London School of Economics and Political Science, UK 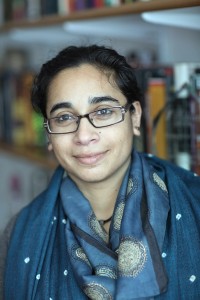 Shakuntala Banaji, PhD, is associate professor and programme director for the MSc in Media, Communication and Development in the Department of Media and Communications at the London School of Economics and Political Science (LSE). She is the winner of the fourth European Prize for Excellence in Teaching in the Humanities and Social Sciences and the Diener Prize (2015), and has participated in several large cross-European projects between 2006 and 2014. She is UK project director of CATCH-EyoU (Horizon 2020) on youth active citizenship in Europe (2015–18), and principal investigator on participatory culture, the internet and creative production in the Middle East (2015–17). Shakuntala’s books include: Reading Bollywood (2006/2011, Palgrave), an edited collection South Asian media cultures (2010/2012, Anthem Press), The civic web: Young people, the internet and civic participation, co-authored with David Buckingham (2013, The MIT Press) and Young people and democratic life, co-authored with Bart Cammaerts et al. (2015, Palgrave). Children and media in India is forthcoming (winter 2016, Routledge).