Department of Psychology, Faculty of Philosophy, University of Belgrade, Serbia 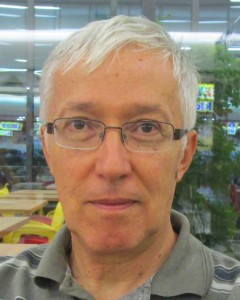 Dragan Popadić is a social psychologist and professor at the Department of Psychology, Faculty of Philosophy, University of Belgrade, Serbia. His research area covers a wide range of social psychological issues including political and legal socialisation, value orientations, ethnocentrism, social conflicts and violence, and his work in these areas has been published in a number of domestic and international books and journals. He has participated in the creation of numerous programmes aimed at developing non-violent communication and tolerance, and in introducing civic education into the school curricula. He was involved in international projects dealing with the regional research of youth and education for democracy as well as in national research projects about the impact of social transition on individuals and groups and forming new competences in a changing society. Since 2005 he has been engaged in the ‘School Without Violence’ programme, jointly implemented by the Ministry of Education and UNICEF in primary and secondary schools in Serbia, which resulted in developing an integrated school prevention programme applied in almost 300 schools in Serbia, and in an extensive report on violence in schools in Serbia.